I just had my second Father's Day as an actual father. Heather said I could do anything I wanted. Well, thanks a lot for your permission, but that is already my legal Father's Day Right. I immediately thought of the foods I wanted to get, though it didn't go as planned. Lucky for you guys I took a bunch of pictures. Let's start at breakfast: A BAGEL! Ok, not too exciting of a start, but I wanted to pace myself. I did splurge and get an ice coffee though.


The day was nice, so I decided to bike into Boston because I also wanted to drop my bike off for a repair. Oh, hey, let's go take a walk around the track at Fenway: 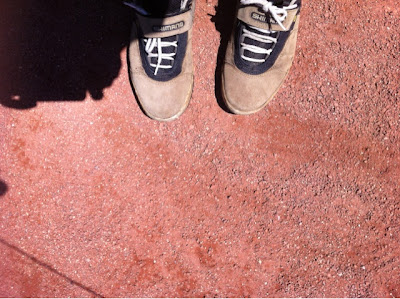 Those are my bike shoes. Fenway was open for Father's Day, which I forgot until I happened to be walking by. Then it was time to get a beverage: 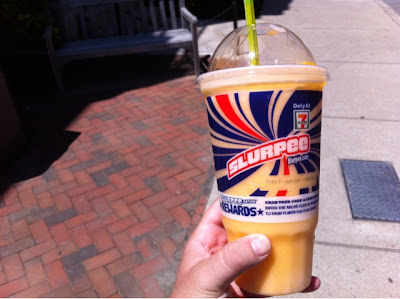 The first Slurpee on this dumb blog! This one was Light Mango. I got a smaller size than usual because I was walking to a Hubway station which was close by. Then I biked to do what a guy by himself in the city does. That's right, go shopping on Newbury Street: 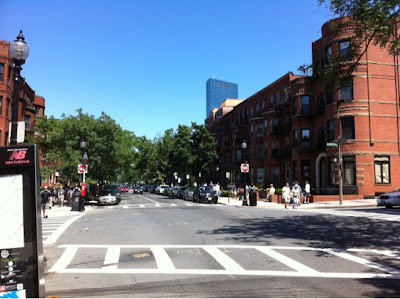 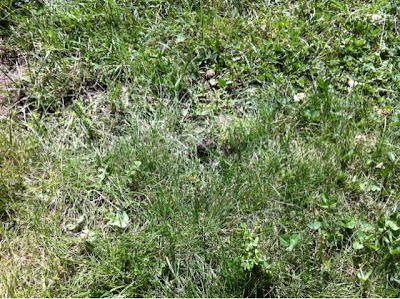 Nothing! Then Heather called to let me know that Connor was up so it was time for lunch. So I hopped on the T to Newton Center to meet them. When originally thinking of my meals, I thought subs for lunch, pizza for dinner. Then I said, funk dat, let's go for both in one meal: 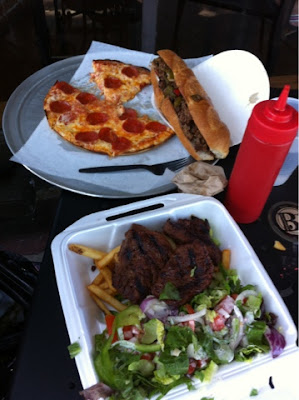 That is from Bill's in Newton. Small pepperoni pizza, Steak Bomb (no mushrooms), and Heather got a steak tip dinner. After that, it was again beverage time: 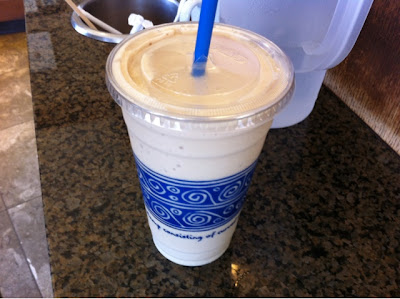 Caramel Freddo from Peet's. Time to go to the flipping playground! 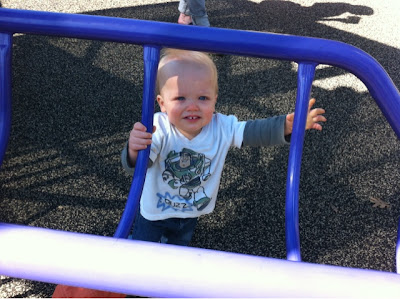 At this point it was getting late in the day, and I was running out of time. I negotiated with the right people and moved my planned dinner until the next Saturday. So you'll have to check back for that excitement. Just to tease you, it will include my favorite food in the world. Back to Father's Day, I still needed a snack so I made myself a damn hot dog: 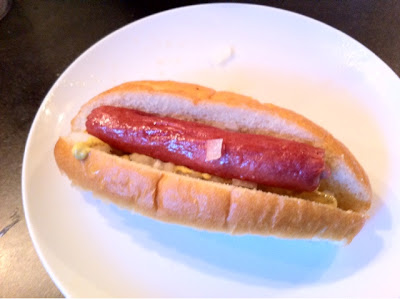 It's the Applegate Farms Uncured Beef Hot Dog, the only Heather-Approved hot dog found in grocery stores. It is all natural and nitrate free, so it earns Heather-Approval. It was on a brioche hot dog bun, 'cause me fancy.

The reason I was running out of time is because I went to go see a freaking 3D alien movie:

Then I got to do my favorite thing since becoming eligible to participate in Father's Day, sleep.