Jeff and Heather Abandon Their Child for 18 Hours

I haven't blogged in a while, because who cares, right? Also when I was working on this post, I spent a good amount of time on it and it had many pictures and witty remarks. Then I clicked on something and all of a sudden the post, and witty remarks, disappeared. I then spent an hour trying to recover it. That didn't work out, so I had to type everything again. So for a while I decided to play Borderlands 2 instead of blogging, is what I am saying.

Anyway, in some distant time ago (September), Heather and I had a night off from Connor and spent the evening in Boston. We went to Boston and went to go ride bikes, like we do, when I noticed I had a flat tire. I usually fix my own flat tires I should say, but we were in a race against time to get somewhere, so I brought the wheel to some bike store a block away. While I was at the bike shop I bought a hat to wear underneath helmets. I bought this:
Read more »
Posted by jeffster at 6:30 PM No comments:

Arnie came out with a clothing line this year. As the world's most famous blogger about beverages named after Arnold Palmer, I bought a bunch of stuff. I don't think his line did well since Amazon.com had a big sale. One item I bought is just a t-shirt with his logo on it: 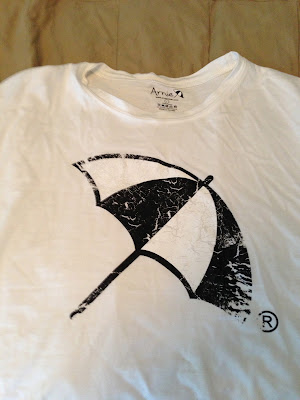 Well, I have to say, the t-shirt tasted really bad. It wasn't even a liquid. I tried chewing on it for a time but that was a pain and unrewarding. I put it in a blender, and that didn't help much. I then added some liquid Arnie, and I was at least able to swallow it. So, yeah, I do not recommend eating Arnie's clothing.

Jeff's Score*: 1. One point above the Skinny Arnie that tasted like metal. That Skinny Arnie  I feared for my health. The T-Shirt one I knew it was just cotton.

Availability: Low. I don't think there will be a 2013 Arnie Collection.

Stores:  Amazon.com and some golf stores.

P.S. I think this might be the dumbest thing on the internet. First of all, it is a post on a really dumb food based blog. It is also the 12th in a dumb series (BKYA) about a dumb beverage. And then the whole point about this particular post is a dumb joke where I pretend I am so dumb that I ate a t-shirt. I know the internet is really large and filled with lots of dumb things, but I think this post is in the top 1% of dumb things on the internet. Thanks for reading is what I am saying.
Posted by jeffster at 12:29 PM No comments:

Hi. I haven't done a BKYA post for a while. You guys probably think I have run out of Arnie varieties, fear not, imaginary reader! I just haven't felt like spending my free time writing about beverages no one cares about.

Anyway, I present to you the $4 Peet's Arnie: 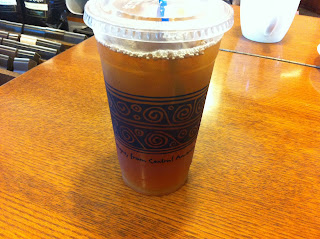 I don't drink much coffee. I like it, and have had heavy coffee habits in the past. But in order that I don't feel bad about my soda and Arnie dependency, I try to avoid too much coffee. Heather drinks coffee. Sometimes she goes to fancy coffee stores, some of them have an Arnie alternative which I order, at Peet's they call an Arnie an "Iced Tea Lemonade". I call it the "$4 Peet's Arnie". Regular Arizona Arnie's are $1. Is it four times better? No. But it is highly scored in my stupid blog.


*Jeff's Score is a weighted score where Regular Arnie is a 90, Redneck Arnie is a 20, the one Skinny Arnie I had that tasted like metal is a 0
Posted by jeffster at 2:15 PM No comments:

Hi all,
Sorry it has been so long without a post. I just haven't felt like it. I do have a backlog of about six different pictures of a beverage containing half iced tea and half lemonade. So you have those to look forward to. Speaking of pictures, this post is just to announce I have upgraded my photographic equipment. Most pictures I put in these blogs are taken on my phone, because I'm lazy and it is easier to upload them from my phone. Well, I got a new iPhone 5, replacing my iPhone 4. One of the main upgrades in the phone is that it has a better camera. So you have higher quality pictures to look forward to. For instance, I took a picture of Thomas the Cat with my iPhone 5: 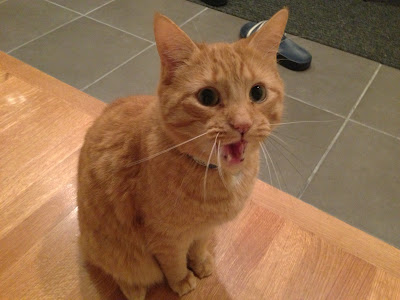 Here's a picture of the same cat with my iPhone4: 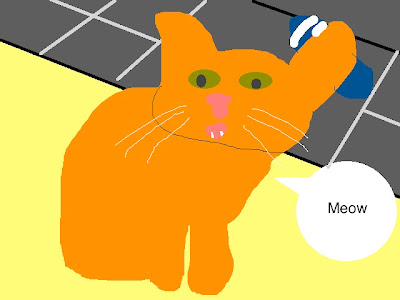 Much better, don't you think?

Posted by jeffster at 3:55 PM No comments: